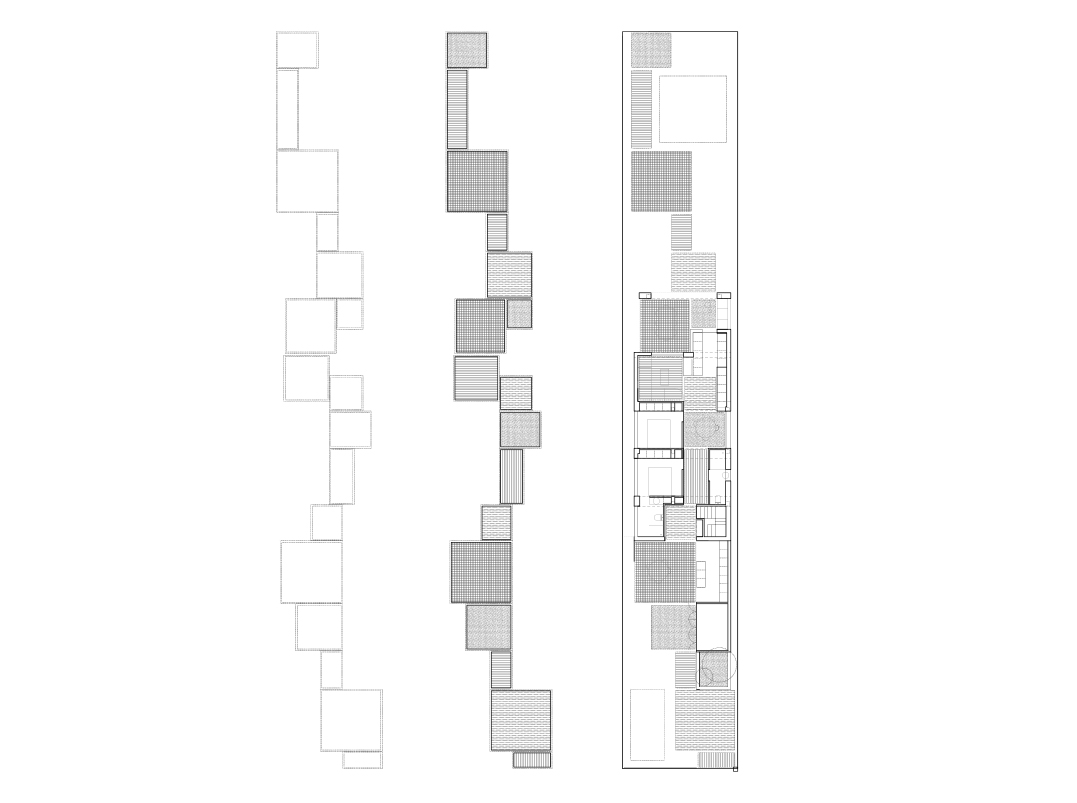 An exterior route, also through an interior.
The proposed intervention in the existing house consists of the generation of a route that connects the urban environment with the existing dunar landscape and beach on the other side. A strategy that also aims to value the entire length of the plot, giving it an appropriate use in each space along the way, both in its exterior areas and in its interior spaces.
This sequence of spaces is defined by a careful geometric, topographical and material approach to the ground that gradually dislocates and connects, reducing the scale of its layout.
A route understood more as a sum of points than as a line. A movement as a sum of pauses and not only as a longitudinal displacement.
The domestic space appropriates the exterior, eliminating limits between it and the interior, also understanding the interior as a covered exterior. The perimeter of the house accommodates its private uses, thus giving shape to the space as it passes.
An approach that aims to forget the reality of the urban, offering a way to connect with the idyllic, the dune landscape that hides on the other side; a reinterpretation of the paths that take us to the beach and that we have walked in so many times with enthusiasm.